I’ve been spending a good chunk of the week working on the first bits of tournament support for Magical Fairy Force: Champion Edition.

I plan to have six or seven different types, but I wanted to start with the classic single-elimination tournament.  I decided to allow up to 16 players, and got busy.

Eventually I got here: 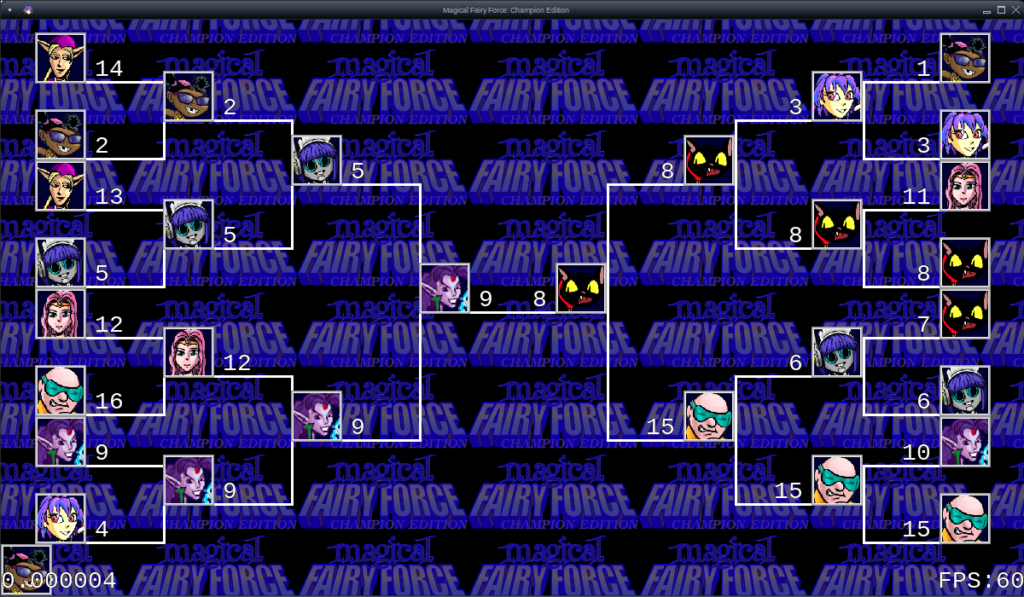 Tournament structures like this are really easy for player counts that are powers of 2. but anything else gets a little complicated because you need to insert byes at some point and there a few different ways you can do this.

Even more challenging was that I really had to contend with the tournament structure in two different forms: the visual form that is displayed on the screen and the logical form that decides who plays whom and when they play.

It’s not perfect yet, in this screen shot there’s a little glitch in the lower left corner.  I’m not sure if it’s purely visual or if I’m generating an extra match somehow.  I’ll track it down eventually.

Either way, this is a super awesome thing because I love games with tournament options and I can’t wait to see how the other tournament modes turn out.