Return of the Boss Key

Remember the boss key?  This was something games used to do back in the old days.  They would have a specific key that would hide the game and replace it with something that looked like work, spreadsheets were commonly used.  The idea of course being that you could play the game at work and if your boss walked in the room, a quick press of the “boss key” would hide the game and make it look like you were actually working.

Boss keys fell out of style as multi-tasking operating systems became the norm.  I’ve always loved the concept though, and I’ve wanted to add a boss key to one of my games for years.  Well, I finally went and did it. 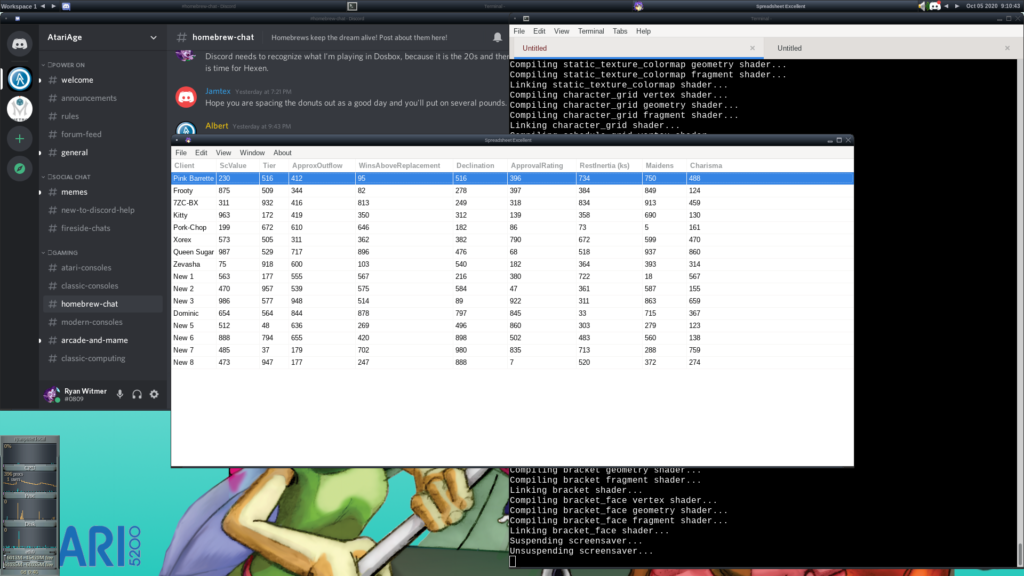 I built this simple spreadsheet window and a quick press of F1 will hide the game and pop this up instead.  Closing the spreadsheet will resume the game.  This is the Linux version, I built the Windows boss window this morning.  Need to bang out the Mac one at some point.

A silly and stupid feature, but a fun one.  I may change the key assignment, F1 is awfully close to Escape which is a legitimate key and I don’t want people hitting the boss key by accident.